Tim Rayner is a Senior Research Associate at the Tyndall Centre for Climate Research, University of East Anglia. His main research interests include EU and UK climate change policy, climate policy integration and mainstreaming, and the roles of policy appraisal and evaluation in the policy process. He has published extensively on these issues in edited books and journals including Climatic Change, Environment and Planning (A), Global Environmental Politics, Environmental Politics, WIRES Climate Change and Climate Policy. 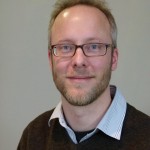 ‘2°C is an objective,’ EU Climate and Energy Commissioner  Miguel Arias Cañete said in February 2015, when questioned over the status of the widely recognised target for preventing ‘dangerous’ global warming[1] at this December’s Paris UN climate conference. ‘If we have an ongoing process you cannot say it is a failure if the mitigation commitments do not reach 2°C’. For Cañete, ‘any step forward is a step forward’.

Other than being reported in The Guardian, his words provoked a surprisingly limited reaction in the media and blogosphere. What little there was came mainly from across the Atlantic. Alongside a similar, and coordinated, expectations management effort by the Head of the UNFCCC, Christina Figueras, Slate took Cañete’s words as a ‘heartbreaking’ confirmation that the U.N. process is ‘irreparably broken’. Climate Central, on the other hand (in a piece also carried by the Scientific American), was rather more sanguine, reassuring its readership that the Paris Conference should be ‘viewed as an opportunity to launch a wholly new approach to global climate action—an approach that could eventually do far more to constrain temperature rise than the Paris agreement alone’.

How then, from a European perspective, should we interpret Cañete’s words? Before considering the substance of the message, we firstly need to highlight the significance of the messenger. As the EU’s newly appointed Commissioner for Climate Action and Energy, Cañete represents the international actor that since 1996 has arguably done more than any other to champion both a strong international agreement and the 2°C target. They are two critical elements of the EU’s effort to galvanise action to avoid ‘dangerous anthropogenic interference in the climate system’. However controversial his appointment may have been, the new Commissioner will therefore have been acutely aware of the sensitivity of the territory he was venturing into, and will have chosen his words carefully.

Turning first to the Climate Central interpretation, its article reminded readers that in contrast to the Kyoto Protocol’s emission ‘targets and timetables’ approach, backed by possible penalties for non-compliance – one very much in keeping with the EU’s policy preferences of the day – the embryonic Paris agreement will rely on peer pressure, national accountability, and global cooperation. Recognising that more will remain to be done after Paris, the Commission is indeed now advocating a UN-led 5 yearly review of progress to assess whether the world will avoid warming beyond 2°C, and a work programme starting in 2016 to identify additional action to reduce emissions. The Commission takes this to require that global emissions fall by at least 60% below 2010 levels by 2050, equivalent to the EU’s long-standing objective of halving global emissions by 2050 compared to 1990. But whether such additional action can be implemented simply through peer pressure is of course doubtful, and the reason why the EU has long-favoured a more binding form of agreement. How a putative Paris agreement will guarantee such a ‘ratcheting up’ in subsequent years remains to be seen.

Given the increasing profile of mitigation efforts outside the official regime, including actions by networks of local governments and transnational private sector initiatives, it may also be that Cañete is hoping to alert actors involved in such activities that they now need to raise their game.[2] Some theorists have certainly suggested that gaps in the regime may, under favourable circumstances, be plugged by further development of ‘polycentrism’.[3] For the time being, however, such thinking is not backed by sufficient empirical evidence.[4]

There is a further reason why Cañete’s words are cause for alarm. Anyone familiar with recent scientific advances regarding the quantification of the global carbon budget[5] will recognise the fundamental flaw in the argument that ‘any step forward is a step forward’ in an ‘on-going process’. It seems unlikely that staff in the Directorate-General for Climate Action have not drawn the Commissioner’s attention to the finding that the carbon budget associated with a reasonable likelihood of 2°C is rapidly being used up. According to UNEP’s well-known emissions gap work, global greenhouse gas emissions will need to be reduced to a benchmark of 40-48 GtCO2e by 2025 for 2°C to remain feasible. They are presently at around 54 GtCO2e and rising. The Commission’s own analysis, that global emissions must fall by at least 60% below 2010 levels by 2050, seems not to recognise the importance of cumulative emissions over this time period.

A more sobering interpretation of Cañete’s words is therefore that the Commissioner is the first heavyweight European climate policy maker to voice the possibility that carbon-intensive infrastructure has now been ‘locked in’ to such an extent globally that policy makers can no longer credibly promise to avoid ‘dangerous’ climate change, at least as currently defined. In this interpretation, the advocacy of ‘ratcheting up’ is simply a figleaf.

Where then, if this interpretation is correct, for an international climate regime unable to deliver its central objective: the avoidance of dangerous interference with the climate system? Hand over to an untested alternative, more fragmented sets of institutions? Move towards an alternative definition of what constitutes dangerous climate change?[6] Or both? The spectre of such dilemmas is looming, even before negotiators pack their bags for the trip to Paris this December.

Too hot to handle? The Renewable Heat Incentive scheme & the Northern Irish meltdown | Lessons from European Climate Monitoring Crucial for Paris Agreement Success | Donald Trump v. The Environment: learning from past attempts to dismantle environmental policy | Heathrow expansion in the shadow of Brexit | Can European policies be dismantled? |