More and more academics and institutions are discussing how to address climate change in their own activities. Our own institution, the Tyndall Centre for Climate Change Research, has recently drafted a Travel Strategy, and an accompanying Working paper (‘Towards a Culture of Low-Carbon Research for the 21st Century’) to reduce our collective travel impact on climate change. We have thus decided to bring this discussion to our blog by re-posting this article on a recent petition by academics urging to take action. 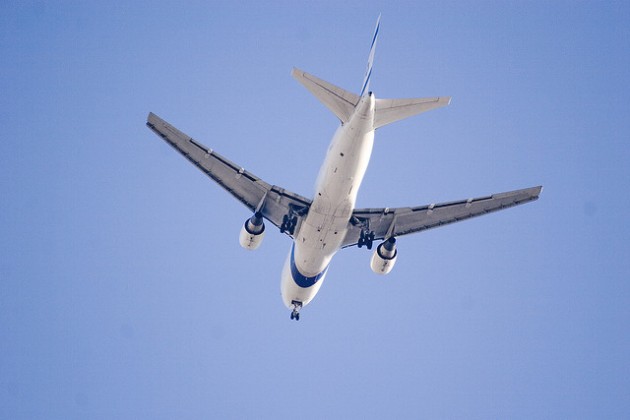 A group of 56 scholars from more than a dozen countries launched a petition today calling upon universities and academic professional organizations to greatly reduce their flying-related footprints as part of the effort to limit the destabilization of the climate system. The signatories represent a diverse set of academic disciplines—from psychology and medicine to sociology and philosophy—in addition to fields (e.g. environmental studies, geography, and earth science) normally associated with climate and other ecological concerns. One is also a former flight instructor and licensed commercial pilot, turned scholar of climate policy and ethics, who no longer flies for conferences and vacations.

Launched less than two months before the international climate negotiations open in Paris, the petition’s release comes on the heels of increased attention to climate change during the U.S. visit of Pope Francis in September. It also comes one week after a study published on October 12 in Nature Geoscience that foresees a doubling of surface melting of Antarctic ice shelves by 2050, and a significant risk, if high amounts of greenhouse gas emissions continue, of their collapse by century’s end, a development with potential implications for rising sea levels.

Such signs, and the fact that emissions are cumulative, are why signatories and climate scholars Kevin Anderson and Alice Bows-Larkin at the University of Manchester (U.K.) say that “radical and immediate emission reductions” are needed to avoid extremely dangerous levels of climate change. Professor John Wiseman, another signatory and Deputy Director of the Melbourne Sustainable Society Institute at the University of Melbourne (Australia) highlights the important leadership role which institutions of higher education can take in reducing emissions from aviation. “Universities and academic professional associations often embrace sustainability,” he notes, “but they also tend to have very large carbon footprints—to a significant degree due to frequent flying by members of their academic communities.”

Laurie Zoloth, a bioethicist and Professor of Religious Studies at Northwestern University (U.S.A.) as well as the former president of the American Academy of Religion (2014), contends that the changes demanded by the petition are matters of environmental justice. “They may seem trivial,” she says, but “they are cumulative, part of a world so clean and easy for people with wealth, so hard and dirty for the poor. It is a world in which the wealthiest have garnered the vast majority of wealth, burning the vast majority of carbon at the expense of the lives and the health of the poor.”

With moderate sacrifice, university-based faculty, administrators, and students can make large reductions in their total greenhouse gas emissions and, in the process, help bring about a more just and sustainable world. The petition makes some concrete suggestions on how to reduce flying as part of an effort to bring about a broad-ranging discussion within academic communities.

Background: Flying contributes significantly to global climate change. It is responsible for 2-3% of annual global CO2 emissions–about the same percentage that Germany and the city of Beijing, for example, contribute each year. Flying’s share of global emissions is growing steadily as the growth in total flying miles outstrips improvements in fuel and engine efficiency. Because flying releases various pollutants at high altitude, its detrimental impact is far greater than that caused by CO2 emissions alone. One round-trip flight from New York City to London or San Francisco incurs a warming effect equivalent of more than two metric tons of carbon emissions per economy passenger–about 20 percent of the total annual emissions of a typical person in Finland, and more than 100 percent of those generated by an average person in India.

This article has been re-posted; the original version is available here.