Paul Tobin is a postdoctoral researcher at the University of York, examining the impact of austerity on environmental policy, funded by the Leverhulme Trust. 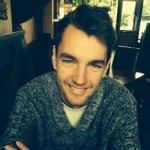 Events in the first half of 2014 are likely to present somewhat of a headache to those working in Europe’s climate and energy sector, but they could also provide a solution. Much of Europe is addicted to Russian energy imports, impinging the continent’s ability to isolate Russia as a result of its recent engagement with Ukraine. Even nuclear, which has recently enjoyed a renaissance as a low-carbon energy source, may rely on Russian involvement. A climate and energy solution led by the European Union that favours renewables may therefore provide an answer. Yet the May elections to the European Parliament have seen an increase in the number of Eurosceptic and far-right MEPs; an electoral group that opposes giving greater powers to the EU and often correlates with climate scepticism. Will these interdependent challenges pose a Wicked Problem for Europe? Or will the need for both energy security and climate protection necessitate co-operation across the political divide?

Nuclear power has been identified as a low carbon solution to climate change, although this is contested. However, it was the perceived threat of nuclear that led to the formation of Green Parties and campaigning organisations across Europe in the wake of Three Mile Island in 1979 and Chernobyl in 1986. As a result, nuclear remains tarnished in the eyes of many European citizens, with Germany delaying its phase-out in 2010, only to U-turn in 2011 following the Fukushima Daiichi disaster. In Austria, for example, nuclear has been banned since 1978, and shows no signs of being introduced in the near future. To fill in the energy gap, Russia provided 48% of Austria’s natural gas in 2010.

On the other hand, in states such as Finland — and more recently, the UK — nuclear is perceived as enabling energy security. With Finland on the doorstep to Russia, the Nordic state has identified nuclear as a means of avoiding reliance on the natural gas of its giant neighbour. Yet, ironically, Russia will be building Finland’s newest nuclear power plant, and also enriches Finland’s radioactive fuel.

As the two examples above show, Russia plays a significant role in European energy policy already. Yet the issue is increasingly coming to the foreground with the state’s involvement in Ukraine. As Ukraine has positioned itself more closely with Europe, the rapid deterioration of relations between Ukraine and Russia – which have shown signs of improving recently – has created a feeling of obligation from Europe to the struggling state. Yet a reliance on Russian gas – such as Austria’s, highlighted above – and oil, has led Europe to avoid direct involvement in the Ukrainian situation.

There have been suggestions that Russia would seek to expand its borders still further, increasing the ire – and vulnerability – of Europe. The feeling of uncertainty regarding Russia makes gas, oil and uranium imports seem risky. An obvious solution is a significant increase in the production of renewables such as solar and wind. But this is where the recent election has complicated the issue still further.

The success of Eurosceptic and often climate-sceptic MEPs in the European election in May 2014 has introduced a new challenge to the mix. UKIP, for example, acutely opposes the expansion of EU powers, and also comprises of a fair share of climate scepticism. As such, with the European Emissions Trading Scheme struggling to develop an effective pricing structure, Eurosceptic MEPs are unlikely to push for tighter energy and security policy, introducing further uncertainty into a carbon market that has so far been unsuccessful.

As such, if Europe wishes to stand up to a newly bullish Russia, it could be undermined by the Trojan horse of a small army of climate-sceptic MEPs seeking to oppose investment in renewables or refusing to strengthen the EU ETS. This double whammy has the potential to create a Wicked Problem over the coming five years, making the European energy landscape between today and 2019 highly unpredictable. Unpredictability is not a popular word in energy markets or international relations.

With careful navigation, however, the opportunity to improve energy security and appear strong towards previously Communist Russia could lead Eurosceptic MEPs to reduce their traditional opposition to renewables, both domestically and at the EU level. This would need to be led by the now comparatively stronger centre-left grouping which favours greater EU integration and action on climate change. The Eurosceptic right could be persuaded to be more climate friendly if energy security were achieved at the same time. If victorious, the European Parliament would be able to acknowledge a real policy success in future years too. Alternatively, if the Eurosceptic right continues to boycott votes in the European Parliament, persuasion may be unnecessary, as the MEPs in question tacitly consent to ambitious climate and energy policy by failing to attend the relevant votes. As long as member states remain in the EU – which is not entirely certain – such antipathy could actually benefit European climate policy.