The 28 EU Commissioners met today to decide the fate of the EU’s Nature Directives (the 1979 Birds Directive and 1992 Habitats Directive). Would these two directives, the cornerstone of EU biodiversity legislation, be deemed ‘fit for purpose’ or would they be revised and potentially weakened? After years of internal debates within the European Commission, and the Nature Alert civil society campaign, the decision was clear: the Commissioners agreed that both directives are fit for purpose, and that the Commission should focus on better implementation and not deregulation.

This blog post reflects back on this two-year debate, raging since the beginning of the Juncker Commission in 2014, and what it tells us about the prospect for future EU-level environmental policy dismantling, that is, cutting, weakening or removing existing policy.

The Nature Alert saga started with the Mission Letter sent by Juncker to his new Environment & Fisheries Commissioner Karmenu Vella in September 2014. In this document, Juncker made it a key priority for the Commission as a whole to “Respect […] the principles of subsidiarity, proportionality and better” and for the Environment Commissioner to focus on:

“Continuing to overhaul the existing environmental legislative framework to make it fit for purpose. In the first part of the mandate, I would ask you to carry out an in-depth evaluation of the Birds and Habitats directives and assess the potential for merging them into a more modern piece of legislation.”

This in-depth ex-post evaluation of directives in place for many decades was to be done through the EU Fitness Check or REFIT process. It had actually been planned before Juncker, with a mandate published in February 2014. But by listing it as Vella’s first priority, Juncker dramatically increased its importance. Additionally, increasing the importance of ‘modernising’ existing legislation over producing new legislation, raised alarm among civil society, afraid that the better regulation/modernisation agenda was in fact a way to pursue policy dismantling.

That Juncker made the ‘modernisation’ of these two directives a priority is, on the one hand, not very surprising. The Nature Directives had often been criticised in the past by key political groups in different member states (such as French hunters seeing shorter hunting seasons in the 1990s, or UK developers having to cope with great crested newts in the 2000s). For a Commission keen to reduce “meddlesome EU rules”, targeting such flagship legislation made sense. But while it made political sense, it was also risky because earlier attempts to expose the potentially high costs of these pieces of legislation had failed. For example, after former UK Chancellor of the Exchequer George Osborne complained about the “ridiculous costs” of the Habitats directive in 2011, a review commissioned to support his point found the very opposite. This earlier attempt had pushed NGOs to find evidence in support for the two directives, which, together with growing international research on evaluating biodiversity legislation, meant that environmental NGOs were particularly well placed to contest the need for a fitness check. 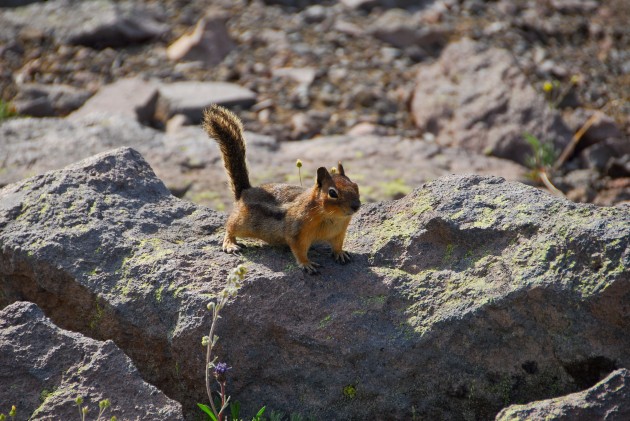 Armed with this large evidence base, environmental NGOs led by BirdLife Europe, the EEB, Friends of the Earth Europe and the WWF Europe, started their Nature Alert campaign to raise the profile of the on-going REFIT evaluation and to gather as many public responses to the European Commission’s online consultation as possible. At the end of its 12-week consultation in July 2015 the Commission had received 552,472 replies “the largest response [ever] received by the Commission to an on-line consultation”, which overwhelmingly sided with the NGOs.

After the consultation, a group of leading environmental consultancies and think tanks (Milieu, IEEP, ICF International and Ecosystems Ltd) contracted by the European Commission produced the expert review to support the fitness check. Finalised in March 2016, this review largely found, again, that the directives were fit for purpose. But it was not published by the Commission. Indeed, until a previous draft was leaked in June 2016, no public discussions were made of its findings. This is particularly striking as in the meantime both the Council and the Parliament had made the case for the directives – even David Cameron used them as a good example of why the UK needed to remain in the EU. Finally, despite a 500 000+ consultation, a clear expert review and a continuing NGO campaign, it took the European Commission six more months to come to a decision and declare the directives fit for purpose.

What does this case tell us about policy dismantling in the EU?

The Commission’s decision has been heralded by NGOs as a ‘huge victory for nature conservation’, but it also has broader implications for the pursuit of better regulation or modernisation and attempts to dismantle policies at EU level.

First, the long delay in publishing the report and coming to a decision confirms that REFIT, like other ex-post evaluation processes, is a political and not solely technical endeavour. REFIT has been used by this Commission (and its predecessor) to bolster its credentials as an opponent of ‘red tape‘. But the politicisation of better regulation begs a number of questions. Whose support is the Commission trying to attract? The Nature Directives Fitness Check has managed to mobilise EU civil society against the Commission: hardly a PR success. Moreover, this could not have been done at a worse time, as the apparent backtracking of the Commission on environmental leadership was used to undermine an environmental case for ‘Remain’ during the Brexit referendum.

Second, Nature Alert contradicts central assumptions in academic research on the costs of environmental policy dismantling. Social policy is characterised by diffuse costs and concentrated benefits, whereas environmental policy tends to be characterised by diffuse benefits and concentrated costs. Thus while dismantling social policy is expected to be politically costly because policy beneficiaries can organise easily and challenge the government; the same cannot be said for environmental policy. According to Bauer et al. (2012: 8) politicians may even expect to gain “some very powerful votes in retrenching environmental policy”. The (debatable) possibility of gaining support through cutting policies may seem even more alluring when considering EU-level dismantling – there is after all less media coverage, a less active civil society and a consensual political system which makes it relatively easy to avoid blame. But the Nature Alert campaign showed that it was possible to mobilise opposition to suspected policy dismantling (even for environmental policy) and to apportion blame (even at the EU level).

It is uncertain whether the Nature Alert success will be easy to replicate: NGOs were well prepared due to earlier attempts to undermine these policies in the UK, and biodiversity may be an easier policy area to defend (especially in terms of public mobilisation) than, for example, waste or chemicals. Yet it may make this Commission think twice before picking ‘easy’ targets in the environmental acquis, and invites scholars of policy dismantling to rethink what is and what is not possible at EU level.