In the fall of 1675 farmers in the French North-West region of Brittany took to the street to protest against fiscal oppression in what is now called the “red caps revolt”. In the fall of 2013, the red caps are back. This time, the offending tax is environmental – it taxes road haulage – and the movement is made of an ad-hoc coalition of farmers, agro-food industries employers and employees, and political opponents to François Hollande’s government. 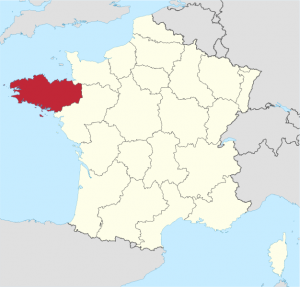 Slowly brewing since August 2013, the movement caught media attention since October with the destruction of costly tax collection gates, and mass public demonstrations. In mid-November it spread beyond Brittany, with farmers demonstrating in Paris; political parties taking part for or against the bonnets rouges, transforming a regional social movement into a national political crisis. But amidst the flurry of articles on where France is heading, the roots of the crisis have been forgotten. In a series of three blog posts I’ll go back to the European and environmental roots of the red caps movement. In this first post I present the Breton context of enduring conflict between farming and the environment, and offers explanations as to why, and how far, the red caps were successful. 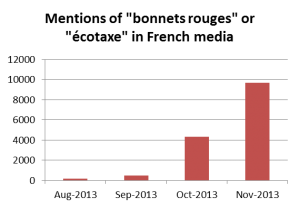 A region divided on the environmental impacts of farming

Three factors put Brittany apart from the rest of France. First, farming and agro-industries still represent 30% of employment in Brittany, and it is conventionally argued that the modernisation of farming in the 1970s and 1980s brought the region out of poverty.  These industries’ economic strength gives them strong political weight in the region – no politician can let these industries fail under his or her watch. This political weight is manifested in three different ways. First, though big demonstrations and blockage – of roads, or cities – with destruction of property, as seen with the destruction of écotaxe collecting gates, through which farmers and their allies set the agenda. Second, in influencing the regional implementation of environmental rules: France was condemned in June 2013 for not having listed a sufficient number of “vulnerable zones” under the 1991 Nitrates Directive, as it was unwilling to impose constraints on its farmers, and Brittany was at the centre of the dispute. Third in influencing national decision-making in Paris: this ranges from Breton Members of Parliament pushing for changes in legislation to reduce constraints on farmers [1] to pushing then Environmental minister Serge Lepeltier to quit his job in 2004 – he had dared to propose to tax nitrates fertilisers[2].

Second, Brittany stands out because agricultural pollution in the region has very visible – and smelly – consequences. The high concentration of battery farming of pork and poultry means excessive amounts of farm slurry are being deposited on farmlands – and washed off by rain to the rivers. This leads not only to pollution of tap water, which overwhelmingly comes from surface water in Brittany, but also to coastal eutrophication in the form of marées vertes or green tides. The Breton shoreline of shallow, protected bays is especially sensitive to this form of eutrophication making Brittany one of the worst hit parts of Europe – Venice being another. When seaweeds rot, on the beach, they produce a disagreeable smell, containing chemicals dangerous to human and animal health[3]. This pollution set farmers and agro industries against a loose group composed of fishermen and tourist industry employees (whose livelihood is negatively impacted) and the general public (whose quality of life is impacted). 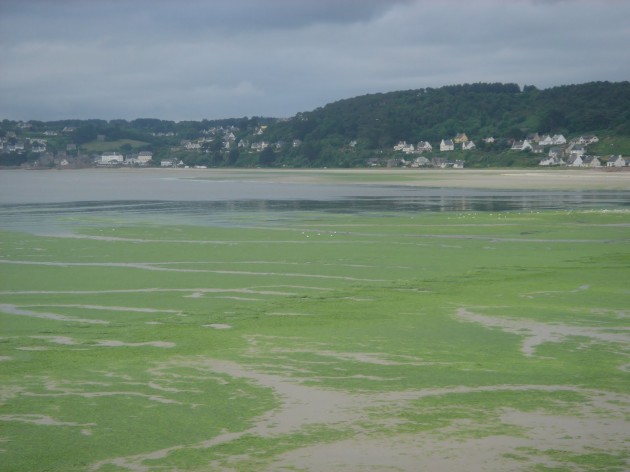 Thirdly, in response to both the high environmental impacts and strong power of farmers in Brittany, the region boasts a very strong network of environmental NGOs, mobilising against drinking water pollution (S-Eau-S[4]), green tides (Halte aux marées vertes![5]) or generally all water related pollutions (Eau et rivières de Bretagne[6] or ERB). What is fascinating is how this last NGO has used a tool rarely used by environmental NGOs in the country – and more broadly, in the EU: litigation. ERB has been instrumental in drawing the European Commission’s attention to non-application of EU water directives in Brittany from the 1990s onward. But the NGO has also won lawsuits against the French State, exposing the State’s lax application of environmental legislation[7].

Brittany is the site of a near-constant struggle between a strong economic lobby – the agricultural industries – and environmental groups. With les bonnets rouges it seems that the farming side has won. The tax has been postponed to at least 2015 (it was agreed in 2009), extra money (European and French) has been found to fund the modernisation of agro industries etc. With other topics, such as nitrates pollution in water, the outcome is more open, with environmentalist winning a number of battles. Why have farmers won this time? Arguably three factors played a role. First, jobs were immediately at risk and had to be saved. Second, no one stood up for the écotaxe. The tax is widely considered to have been badly designed[8], it appeared to be outside of the traditional remit of Breton environmental NGOs, focusing on water quality, and politicians from all side tried to distance themselves from it. Third, it was a national initiative. When Breton environmental NGOs  have had success in the past against farming lobbies, the fight usually revolved around the application of European rules. National rules are easier to bend, open to fluctuation between successive government majorities – European rules are less flexible, and NGOs can rely on the credible threat of European litigation in front of the European Court of Justice. Finally, this success needs to be qualified – although the écotaxe was in the limelight, I’ll highlight in a second blog post that what actors from Breton agro industries resented the most were changes in the EU’s Common Agricultural Policy: although they managed to secure some subsidies to help the transition, they have failed at their main goal of maintaining export subsidies.

2 Responses to Understanding the « Bonnets Rouges »: the Breton environmental/economic divide