On 6 March 2015, the Finnish Parliament passed the Finnish Climate Change Act (FCCA), the first of its kind in Finland. Pro-environmental organisations and political parties generally heralded the act as a symbolic success, as it enshrines the goal to reduce greenhouse gas emissions by 80% by 2050. However, the act has also been described as relatively unambitious[1], given that it focuses mainly on administrative procedures and monitoring and does not require, for example, interim carbon budgets – a specific amount of carbon dioxide equivalent that can be emitted over a 5-year period, a key aspect of the related UK Climate Change Act.[2] The FCCA thus reflects Finland’s role as a follower, rather than leader, on climate change in Europe. But does this ‘backbench approach’ reflect the attitudes of the Finns or merely of their political elite? In this post, we consider to what extent the FCCA is in line with climate policy preferences among the Finnish public. Drawing on nationally representative survey data from the Finnish Climate Barometer 2015[3], we focus on the design of the Act, as well as the public’s preferences for Finland’s role in international climate change politics.

Climate Change in the Finnish Mind 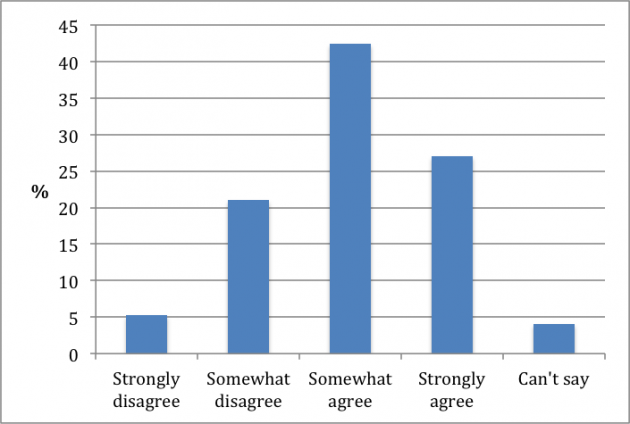 Figure 1. Responses to ‘I am concerned about climate change’

This high level of baseline concern about climate change translates into an even higher sense of urgency to address it. 78% of the Finnish population – an overwhelming majority – indicated that addressing climate change was either urgent or very urgent (Figure 2). 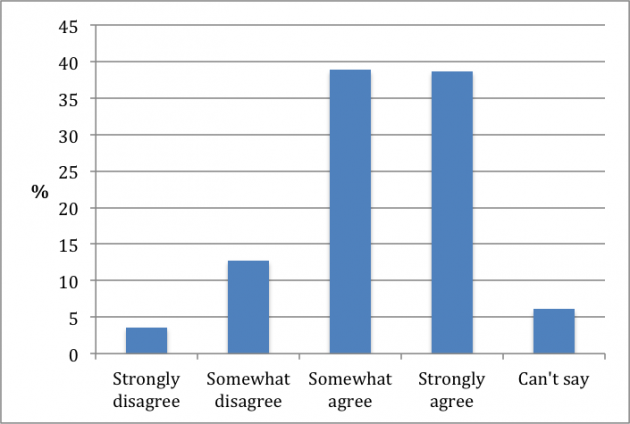 These high levels of concern about climate change and a clear sense of urgency to do something about it generally provide fertile ground for strong climate policy. It is thus not surprising that the previous Finnish Parliament approved the FCCA and that the newly-appointed government’s programme promises active measures to mitigate climate change. But to what extent is the FCCA in line with general policy preferences among the Finnish population?

As we discussed above, the FCCA is mainly procedural and largely symbolic. For example, it clarifies Ministerial responsibilities and specifies regular planning activities for long-term, mid-term and adaptation policy plans, but fails to enshrine clear, stepwise targets to reach its goal of reducing greenhouse gas emissions by 80% by 2050.[4] However, it has also been pointed out that the Act does provide for more transparency – which could in turn create “political pressure for more effective policy measures if monitoring shows a discrepancy between objectives and performance”.[5] But is this approach in line with general policy preferences in the Finnish population? To this end, one survey question asked people whether they would prefer a carbon budget approach similar to the one used in the United Kingdom, where there are absolute limits on carbon emissions over five-year periods. Results indicate that 65% of Finns would prefer a stronger approach to climate policy similar to that of the UK, while about 15% did not know (Figure 3). Thus, the new legislation falls short of a more ambitious and serious climate approach based around interim targets favoured by most Finns. 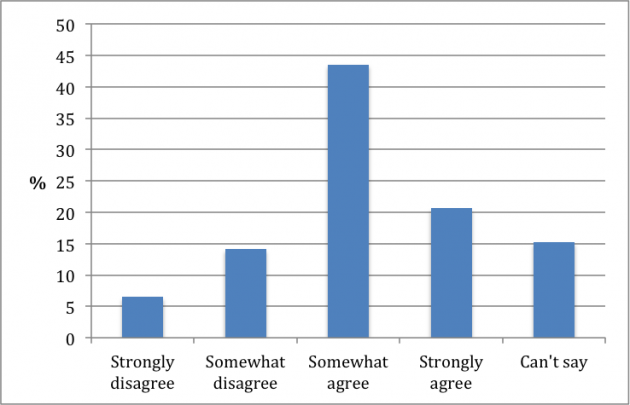 Figure 3. Responses to ‘Finland should imitate the UK’

Finland as a climate leader?

How does this desire for greater climate ambition fare when Finns consider what other countries are or should be doing? Figure 4 reports to what extent Finns thought that Finland should reduce its greenhouse gas emissions regardless of what other countries do. Again, a clear nearly two-thirds majority of the Finns surveyed (60%) agreed or strongly agreed that Finland should address climate change regardless of what others are doing. These responses thus indicate Finns wish to see Finland as a leader, rather than a follower. This vision is clearly out of sync with the rather unambitious FCCA and the national energy and climate strategies adopted so far. 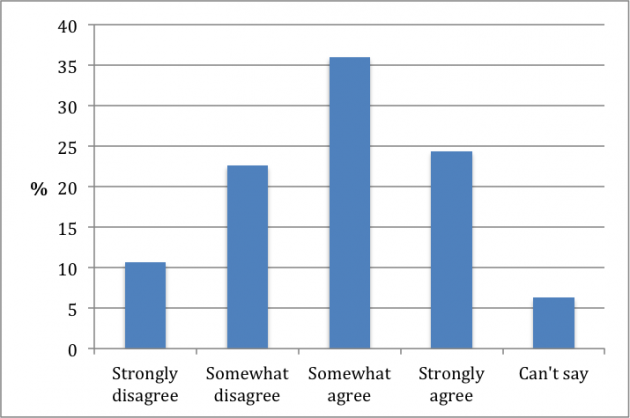 Figure 4. Responses to ‘Finland should mitigate regardless of others’

A new government has just taken office in Finland and is currently in the process of specifying its policy priorities. So far Finland has been a backbencher on national climate policy, indicated by a willingness to accept EU-level climate targets, but with little ambition to exceed them and take leadership. A weak signal of greater ambition can be detected in the new government’s programme that sets as its target to reach the EU 2020 climate goals by the end of the current legislature in early 2019. The FCCA can support this, but is in itself a very cautious step to develop climate policies. The survey data presented here indicate a strong desire in the general public for Finland to become a real forerunner in addressing climate change. Indeed, vast majorities of the population are concerned about climate change and would prefer their government to take much more decisive, carbon budget-driven steps to address the issue. Future evaluations of Finnish climate policies will show if the relatively unambitious FCCA can support such radical change.

The Volkswagen Scandal: What could the short-term impact be on EU policy? | Global carbon emissions projected to stall in 2015: What are the implications for European climate change policy? | Mapping five years of environmental policy research in European studies | The Finnish Climate Change Act – In Line with What Finland’s Public Wants? | The rise of climate change on the European Union agenda: 1988-2011 |