Jeremy Moulton is a PhD Student at University of Hull School of Politics, Philosphy and International Studies. 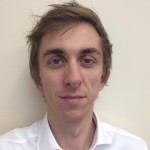 Last week’s announcement from Drax (the energy company that owns and operates the largest power station in the UK) that it would no longer invest in Carbon Capture & Storage (CCS) development at its Selby plant came as little surprise. The news joins a litany of other stumbling blocks that CCS has suffered on its slow, and as of yet unrealised, path to establishment in the EU.

CCS has been described as the ‘holy grail of climate policy’. It offers a solution to climate change whereby fossil fuels, such as gas and coal, can still be burnt but instead of emitting the resultant greenhouse gases into the atmosphere, the emissions are stripped of harmful particles that are then buried. However, not everyone sees CCS as a climate saviour. Greenpeace have warned that CCS could be a ‘false hope’. The group claim that it is a cover for business-as-usual approaches to fossil fuel usage, one that will divert energy and resources from ‘true green’ projects like renewables. Perhaps it is the right time to reconsider that warning.

Drax’s decision to not fund the White Rose CCS demonstration project beyond its current feasibility and technology development phase comes at a time of increased financial difficulties for the company. The UK government’s recent removal of tax exemptions for renewable energy sold to industry led to a one third drop in Drax’s share price in one day. The company’s biomass facility makes it the biggest renewable energy producer in Britain and therefore particularly susceptible to this development. The government’s decision, said the company’s chief executive Dorothy Thompson, “simply reduces the amount of cash we have available for future investments.” Whilst somewhat unique in its cause, this latest bad news reflects the key flaw of CCS – its sheer cost.

The lack of appetite for CCS projects risks becoming something of an embarrassment for the EU. As The Guardian reported in March, ‘At least 10 European power plants were supposed to begin piping their carbon emissions into underground tombs this year, rather than letting them twirl into the sky. None has done so’. This is all the more notable when one considers the spirit of entrepreneurial optimism and enthusiasm that took hold in EU-policy making circles during CCS’s rapid ascent to saliency. Without heavy lobbying by industry, CCS commanded eager support from the European Parliament, the Commission, and the Council in the lead up to the creation of the 2020 package in 2009.[1] The flagship multibillion-euro NER 300 programme was created primarily to help fund CCS demonstration projects, which were described in the CCS Directive as being a ‘bridging technology that will contribute to mitigating climate change’, with a minor part of the funding also intended to be spent on renewable energy projects.

Yet, even with this promising start, CCS development in the EU has floundered. Of the 39 projects that NER 300 funded, only one was in CCS. The remaining 38 were all renewables projects, thus showing industry’s preference. National schemes to fund CCS have fared little better. In Germany, one of the EU’s forerunners on environmental action, CCS is electorally toxic, a ‘skunk issue’ which politicians try to steer well clear of.[2] But still CCS advocates are hoping that the successor to NER 300, this time endowed with the auctioning of 400 million allowances and the help of the Market Stability Reserve increasing the ETS ticket price, will mean as much as €9bn could be up for grabs for CCS demonstration projects and so give the technology a future in Europe. Whilst that may seem a significant block of capital, it is worth noting that one project in the United States which has yet to even go online but is likely to be the world’s second operational CCS facility, currently has a $6.2bn (€5.4bn) price tag.

The first is that governments need to start putting their money where their mouths are and be willing to gamble the huge sums it would be necessary to develop CCS. This is a move that will have to be made before industry can be corralled into fully supporting CCS. The suggestion that use of the technology should ‘become a cost of doing business with fossil fuels’ is gaining ground, but the Drax case serves as a reminder that industry is hesitant or even unable at present to put the level of capital that is needed on the line. Whilst NER 300’s successor is a start, it would take considerably more investment to make CCS an EU-wide, effective reality.  In an age of EU austerity this is unlikely to be an attractive solution to many Member State governments; that a CCS target was not put in the 2030 climate & energy framework, for example, shows that this is an improbable course of action.

The second path is that the lessons from NER 300 are learnt, that Greenpeace’s warning is heeded, that Germany’s lead is followed, and that Europe moves on from CCS. As long as the technology is considered a possibility there will be an excuse for the burning of gas and coal for energy. If global warming is to be kept within 2oC  (an increasingly utopian goal but one that it is still vital to pursue) then a majority of these fossil fuels must be left in the ground.[3] CCS serves to weaken this message without offering a certain solution whilst also drawing on finance and political will that might be better spent on developing ways to store energy produced from renewable sources.

Both of these paths demand a level of commitment that is not being made in the EU. The current one-foot-in-one-foot-out approach to CCS will do more harm than good for long-term efforts to mitigate climate change. As the world hurtles towards exceeding the political 2oC target, speed is of the essence. The snail-paced development of CCS demonstration projects should serve as a warning that this technology may well not be the have-your-cake resolution to fossil fuel use and climate change that many are undoubtedly hoping for.